Hello and welcome to G-Views, where SoL reigns supreme, moe is respected and Dokuro-chan sucks poopie. If there was ever an epitome to action/drama cheesy goodness all piled up in one series, then the Mai franchise would be it. Welcome to my next DS episode, where I’ll be reviewing, Mai-Hime and Mai-Otome. So let’s get it on with Mai-Hime!

Note: in the Otome review, I’ll be making minor references to both the similarities and differences between HiME and Otome. With that said, let’s get ready to rumble!

Plot Summary: Tokiha Mai and her sickly younger brother, Takumi, have received a scholarship to attend the prestigious Fuuka Academy. On the way, the ferry they are traveling on becomes the site of a destructive battle between two girls wielding apparently supernatural powers. This is only the beginning of their troubles, as Mai learns that she herself possesses these powers – the powers of a HiME., which stands for
Hi: Highly Advanced
M: Materializing
E: Equipment

The music on this show fits each situation perfectly, expressing the required situation. No complaints here.

The animation is fluid in my opinion. I have nothing to complain about in this dept. Keep in mind that I’m not an expert in music or animation, so my thoughts on these two sections have often been quite minor, since I’ll simply tell you whether it’s good, decent or bad.

Now to characters and action.
-Characters: Since there are a lot of characters to cover, let’s just say that it’s a mixed bag here. There are some that you’ll like and others you won’t. I’ll summarize in short what I think of each of the most recognizable characters from each show near the end of the review.
-Action: Oh there’s plenty of it…after the 1st quarter that is. The 1st quarter itself feels like random battles, but they’re still awesome. Be prepared for when the 1st quarter of the show ends, because that’s when things get REALLY INTENSE! Believe me, the action on this show ranges from good, to badass.
Allow me to explain how the fighting here works. The HiME, besides using their own unique weapons which they use in combat, they can also summon creatures known as Childs. A Child is basically a Biomechanical super beast who aides their HiME in combat when needed. For the 1st half of the show, the HiMEs and their child battle against Orphans, who are dark creatures of unknown origins that often cause trouble. After this portion of combat goes down near the 2nd half, a new twist comes into play when both the secret of the HiMEs and their purpose is revealed. It all goes into intense territory from there, which ranges from dramatically intense, to action movie style, dramatically cheesy intense. 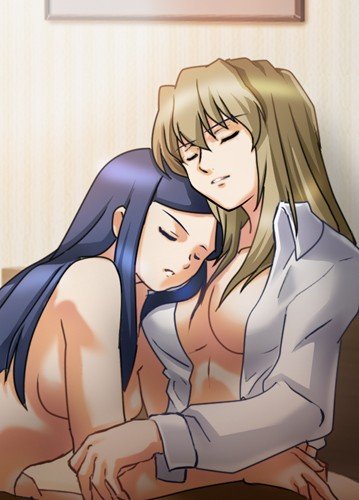 A very entertaining series with something to interest almost everyone. Humor, romance (of almost every variety), action, angst, betrayal, suspense, the list goes on.

Plot Summary: Arika Yumemiya has traveled far in search of her goal: the prestigious Gualderobe Academy. This is the school where young girls are trained to become Otomes, protectors of royal leaders throughout the lands. Here, Arika makes plenty of friends, but some enemies know something about her past that she does not. Nevertheless, her spirit and determination will keep pushing her forward. — Adapted from its predecessor, Mai-HiME, this series is not a direct sequel, but an alternate universe setting featuring some of the Mai-HiME cast (though with different personalities).

As stated in the summary, though this is not a direct sequel, it is, in every way, a continuation of Mai-Hime’s formula. Hilarity, entertaining characters, incredibly overwrought hyper-drama and a fair sprinkling of action.

The music in this version ranks similarly to its counterpart, meaning that it also has a good score.

The animation style differs slightly from HiME but not enough to notice a difference. 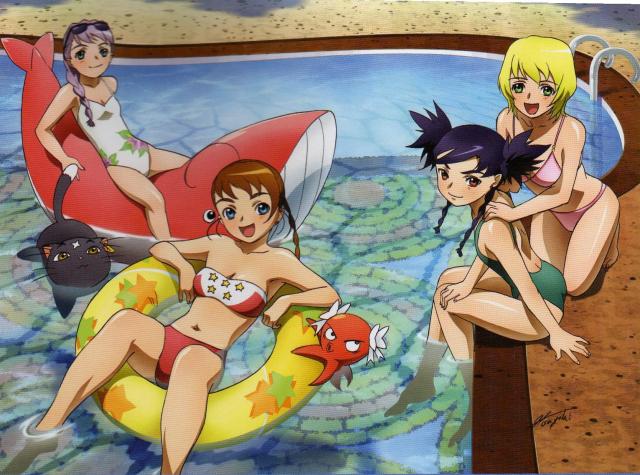 The action here, differs and yet feels familiar at the same time. The big difference comes in the way that the heroes battle. As you noticed in the OP, instead of summoning creatures to help them in combat, the Otome instead fight using battle armor, powered by the special jewels on one of their ears. Think of it as Combat armor with included flight. As for the villains, I won’t spoil it but let’s just say that they have a similar fighting style to the HiMEs.

The Otome counterparts of the Hime; some of them remain identical, personality wise, while others have completely different personalities from their Hime versions. Meaning that some act like their Hime versions did, while others went through a complete attitude change. Oh and this change also obviously applies to the fact that all the characters from HiME are adults in this version, or at least most of the girls are over 20.[/COLOR]

My-Otome Zwei is like a short 4 OVA sequel and closes a few loose ends, but not that well to be honest. In any case, it’s also worth checking out just to complete the series 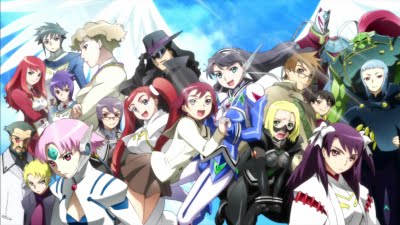 My-Otome 0~S.ifr~ This is the prequel of My-Otome, which predates the events before the My-Otome Series. In this series, it focuses upon the origins of Lena Sayers, the mother of Arika Yumemiya and former bearer of Lofty Crimson Jade / Blue Sky Sapphire GEM, and Sifr Fran, the biological mother of Nina Wáng and the former queen of Windbloom Kingdom, as well as the origins of Schwartz, Aswad, and the Garderobe Academy and its Five Columns. The kidnapping of Sifr and the powerful revelation of Lena’s GEM will soon fatefully determine the outcome of the future for themselves and the others around them.

Watered down Mai-HiME vs Otome comparisons.

The final tally for My-Hime and Otome TV characters. Please remember that after watching these shows your opinions might differ from mine.

Awesome at all times: Miss Maria, Miyu, Midori, Chie. The same in Hime, except Miss Maria, who is an Otome exclusive character.

Hilarious at all times: Shiho, not so much in HiME. She’s kind of annoying in that one.

Disgusting, weird and psychotic at all times: Tomoe. Otome exclusive.

Shizuru at all times: Shizuru. Applies to both shows. Why does Shizuru have her own rank you ask? Because Shizuru is the epitome of awesome on this show. She’s so cool, so badass, so smart, so devious, so seductive and so on, that she’s practically in a league of her own  A super genius all around.

Awesome in Hime, yet nearly nonexistent in Otome: Akira.

Retarded male characters: HiME’s Tate and Otome’s Sergey. Okay, Sergey starts off cool at first, but believe me, he’ll suck just as much as Tate does as the show progresses. 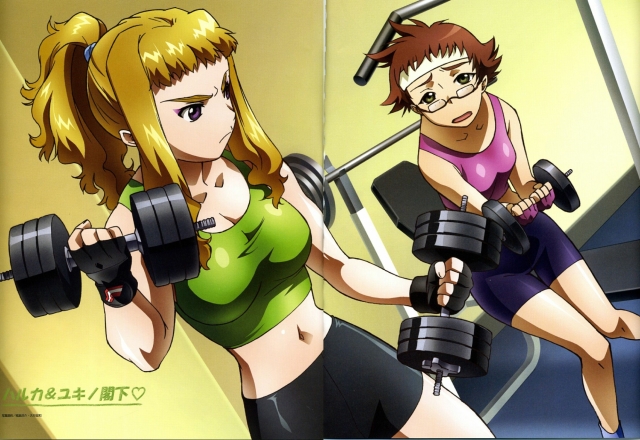 That’s about it. In conclusion, If you’re thinking of seeing these shows, definitely watch Mai-Hime first. The in-jokes and references won’t work otherwise, and without them this show’s entertainment value would be vastly diminished. Plus, if you end up liking Hime, you’ll know you will like this, because it’s pretty much more of the same formula.

Yuri and Slice of Life are my anime passion.
View all posts by OG-Man →
This entry was posted in G-Views and tagged action, comedy, drama, magic, magical girl, mecha, psychological, romance, school, Slice of Life, Yuri. Bookmark the permalink.